Respected golf industry legend Bill Bengeyfield passed away at the age of 97 on June 3rd. Bill worked in the golf industry for 35 years. He started in 1955 with the USGA Green Section, where he worked as an agronomist, before leaving to become Director of Golf Courses and Park Maintenance at Industry Hills Golf Club in 1978. In 1982, Bill returned to The Green Section, serving as the National Director until his retirement in 1990.

Many people remember Bill for more than the legacy he left behind, but for being a mentor, and helping to guide the agronomy industry to where it is today. Kimberly Erusha, who works as the Managing Director of the Green Section, remembers Mr. Bengeyfield as a strong leader with “loud opinions” who wanted to ensure all work being done was doing right by the game of golf. “He was a staunch supporter of the USGA’s research program to ensure that the information provided through the Turf Advisory Service (now called the Course Consulting Service) was based in science.”

Off the course, Bengeyfield was a gifted writer who worked as the Publications Editor for the Green Section Record for almost two decades. Erusha spoke highly of Bengeyfield’s writing and the esteem it has in staff members’ minds, “He himself was a prolific writer who had a gift of the pen to craft a clear and compelling message. Internally, rumor has it his staff memos were legendary.”

Mr. Bengeyfield’s much discussed memos were not fiction, as USGA Green Section’s former West Region Regional Director Pat Gross confirmed coming across many of them while working at USGA. Gross echoed Erusha’s sentiments about Bengeyfield’s talent for writing, and finding find the famous memos throughout their files. “Our files were filled with his peppery memos (most of which I still have…). Legendary! I always admired his leadership, his writing, and most of all his candor.”

Gross went on to describe one of his fondest memories of Bengeyfield, that not only shows a more playful side to his personality, but that his agronomy knowledge was literally down to a science. “He had a very precise prescription for fertilizer application for the Pencross putting greens. As Mike Huck tells the story, there was an application of lime followed one week later by an application of ammonium sulfate (A fatal combination resulting in ammonium gas). Well, that ended up burning the heck out of the greens, and Bill was convinced it was due to misapplication.”

“As usual, Huck did the deep dive into the agronomy. Bengy assembled the superintendents and assistants at the practice green to show them how to properly apply ammonium sulfate. He went down the line of young Turks and asked them how this demonstration was going to turn out. Most agreed with Bill with a few dissenters (Huck – typical). Well, the ammonium sulfate went down, they turned on the water, and the smell of ammonium gas filled the air! Bill was reported to say, ‘I will be taking all of you out to dinner tonight, I and I will be eating an appropriate portion of crow.’”

Funny business aside, Bengeyfield is consistently regarded as being a genuinely warm person bound to positively impact anyone who had the pleasure of talking or working with him. Steve Carlton, a retired golf course superintendent and a friend of Bengeyfield’s for forty-nine years, summed up how most felt after getting to know Bengeyfield: “A smarter, kinder, gentler man would be hard to find. He had a profound effect on how I grew turf and managed golf courses and I feel a great sadness at his passing.”

Despite retiring in 1990, Bengeyfield has left long lasting effects on the golf industry. Bill was a founding figure in establishing the USGA Turfgrass and Environmental Research Program, which currently remains impactful on how golf courses are maintained. His legacy also reaches those who follow in his footsteps today. Each person who had the pleasure of learning from and spending time with Mr. Bengeyfield may have a different memory about their time with him, but what remains unanimous in each person’s thoughts is the acknowledgment that golf agronomy is where it is today in part because of Bengeyfield’s career of dedication and hard work. 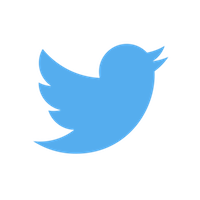 We are back in the field today planting our BRANDT Community Trials. This is one of our favorites, being able to work together with a local FFA chapter on their plot.

Get registered and retweet this to help spread the word!